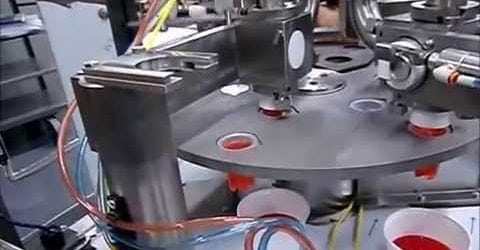 The Remarkable Evolution Of Food Packaging Over Thousands Of Years.

When we visit the grocery store today we take it for granted that all the foods we buy are packaged. This seems like such an obvious fact that it hardly seems worthy of a moment’s thought or consideration.

But like most things we take for granted, they didn’t just happen by accident. The fact is, the way we package and store food today is the result of literally centuries of development and evolution in the way we not only preserve food, but transport it and keep it safe to eat.

Thousands of years ago the first food packaging — if we can call it packaging — was accomplished with natural materials. For example, the indigenous people of the South American rain forest regions wrapped food in leaves, such as banana and plantain leaves. This dates back more than 10,000 years.

Or consider Otzi, the Iceman. His well-preserved mummy was discovered beneath a melting glacier in a mountainous region between Italy and Austria in 1991. He lived and died more than 5,000 years ago. Preserved along with his body was a food pouch made from the skin of an animal. This early food “package” contained mushrooms along with deer and goat meat.

Certainly one of the oldest ways to store food is ceramic pottery. Some of the earliest pottery fragments that contained microscopic traces of food found in China date to 20,000 years ago. Clay pots and urns containing well-preserved food, wine, honey and beer that date back centuries are still found today in ancient sunken ships and at various archaeological sites.

One of history’s and also today’s most important food packaging substances is paper. According to writer Diane Twede, a Persian traveler in Egypt in the year 1035 noticed that vegetables and spices were sold in Cairo street markets wrapped in paper. She documents the account in her book, “The Origins of Paper-Based Packaging.”

Food packaging as we consider it today really began in the 1700s when “tinning” emerged as a major focus for storing food. It would still take until the next century, the 1800s, when the first tin cans came on the scene. For that, we can thank the French autocrat Napoleon Bonaparte. In 1795 he offered a prize of 12,000 francs to anyone who could invent a safe way to make tin cans for food so it could be used by French forces on their far-flung military campaigns.

In 1809, Frenchman Nicolas Appert claimed the prize and is known today as “the father of canning.” A year later in 1810, British merchant Peter Durand was awarded the first patent for the use of tin cans in preserving food. By 1819 the first tin canned food could be found for sale in New York City. They contained oysters, vegetables, fruits and meats.

Tinned food continued to develop through the 1800s. This technology became a major factor in not only extending the life of food, but in allowing food to be transported and sold in a convenient, economical manner.

The invention of tin canning food is among the most important developments in food preservation in history. Perhaps equally as important was the invention of plastics in the early 1900s. Plastic food storage vessels were destined to become the most common method of packaging foods.

The first plastic was invented in 1862 by Alexander Parkes. The substance was called “Parkesine” after its inventor. The more general term “plastic” was eventually adopted. It comes from the Greek word “plastikos” which means “able to be molded.”

But it wasn’t until the early 1900s when Dr. Jacques Edwin Brandenberger invented Cellophane that a true application for plastic-as-food-container became a major factor. Plastics are an ideal substance for packaging and storing food. Not only is it light-weight (which drastically reduced shipping costs) but it can easily be made airtight and is waterproof.

Consider those little plastic packets of ketchup we use at fast food restaurants. They were invented in 1955 by Dale Ross and Yale Kaplan. More than 60 years later, this same design is still being used to dispense one of our most popular condiments. Plastics made these now ubiquitous condiment dispensers possible.

Incidentally, the first plastic “squeezable” ketchup bottle was introduced by Heinz in 1983. Before that all ketchup and other condiment bottles were made of glass.

But plastics combined with automated food packaging equipment were destined to revolutionize the food packing industry. Another important component of this was vacuum sealing technology. One might say the first true food sealing machines were those that handled tin cans in the 1800s — but a food sealing machine that could handle plastics was an innovation that proved to be a major game changer.

Food packaging equipment that used plastics came into wide use during World War II in the United States. The first food sealing machine for plastics was actually intended for home use. It was invented in the early 1940s by Karl Busch, a German citizen. Large-scale, industrial-grade vacuum sealers entered widespread use in about 1963.

A food packing machine, food packaging equipment and vacuum sealers were originally the exclusive realm of the industrial world, but today, millions of people have some form of these technologies in their own homes. That’s especially true of machines that vacuum seal plastic bags.

Food packaging methodology has come a long way since our ancient ancestors used leaves animal skins and crude woven baskets to store and carry food. But this essential function of daily life can truly be said to be a central element of our daily lives. The modern material and machines we use today to package and store food represent a fundamental element of our very existence.

Filed Under:
Tagged With: